The Metaphysics of Mormonism 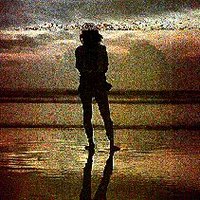 So the bitty one, newly eight, asked: "How does God create things?" Playing Socrates, we asked back: You want the simple answer, or the answer that will make you smart? She picked B, so with input from her teenaged sister, we worked it out. It went something like this:

The MoRabbi: The word "spirit" has several meanings. Can you name one?

L'il Bit: The Spirit in your body.

MR: You mean, your self?

MR: The Spirit in your body has two parts. Can you name them?

Teenager: The Intelligence, and the spirit body.

Teenager: The eternal, uncreated part of you. Your individuality.

MR: Can it be created or destroyed?

MR: What does the Prophet Joseph say about the nature of spirit?

TA: Spirit matter is like physical matter, but it's more fine and pure, and can be discerned only with purer eyes. (D&C 131:7)

L'il Bit: What does that mean?

Teenager: It means you can only see a spirit with your spiritual eyes. You can't see it with your physical eyes.

MoRabbi: What do we mean by "a spirit"?

MR: Yes, but that's probably not the best name, is it?

TA: No, it's probably confusing to most people. They don't think about the difference between their Spirit and their spirit body. (1 Cor. 15:44)

MR: Good job! So we have a collection of words that get used interchangeably in English, but should be distinguished from one another. Those words are: The Spirit, a spirit, spirit matter, spirit body, and soul. I'm going to propose a solution to this confusion. Have you heard of Kaballah?

TA: Yeah, it's that Madonna thing with the red string bracelets, right?

MR: Sigh. No, that's a perversion of Kaballah. Real kaballah has a lot in common with Mormonism. I'm going to borrow some Hebrew words from the Kaballists so that we can differentiate those confusing words. Ready?

MoRabbi at the whiteboard: Kaballah uses six words to describe six levels of "Soul Consciousness." They're pretty good words, and while we don't use them in exactly the same way that Kaballists do, the words are very helpful in explaining the plan of salvation. Here goes:
• The first word is nefesh, which we would compare to the Mormon-English word Intelligence. Kaballists use it to describe the lowest level of consciousness.
• The second word is ruach, which is comparable to the Spiritual Matter of D&C 131:7. Kaballists say that ruach is in divine service to God, and operates on the complementary emotions of love and awe of God. In other words, ruach might be said to be perfectly obedient to God, which corresponds exactly with the Mormon understanding of spirit matter.
• The third word is neshama, describing the combination of nefesh and ruach into an individual spirit. Kabbalists say the neshama is "the notion of coming into being from nothingness, rather than structured, quantified existence."
• A fourth word, tzelem, describes the mortal Soul -- the combination of intelligence, spirit and physical body -- in D&C 88:15. That's the word we use to describe our present state. Kabbalists say tzelem is "The soul enclothed within the body as a reflection of the Divine Form."
• The fifth word is chaya, which we could compare to the soul separated at death from its physical, mortal body. The Kabbalists say the primary activity of the level of chaya is to use intellectual comprehension in order to commune with God as He transcends the worlds.
• The sixth and final level, yechida, describes the spirit in its resurrected, immortal state living in the presence of God.

There's one more Hebrew term you should know: Ruach HaKodesh, meaning The Holy Spirit, or the Holy Ghost, whom we call the Comforter.

MR, setting down the markers: Now here's the part where you have to think. How did God create those neshama, those bodies of spirit housing the intelligence?

TA: I think He must have called them into being.

MR: Excellent. How did He do that?

TA to little sister: It's almost like intelligence sticks to greater intelligence like magnetic filings stick to a magnet!

MR: What else do we know about God and intelligence?

TA: God must be God because He is the essence of truth and light.

MR: What's the inverse of that?

MR: How does the spirit get into the physical body?

MR: So do we have an idea now of how God creates things?