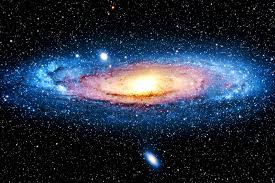 
Does our Father in heaven really hear our individual prayers? How does God hear everyone's prayers at the same time in different languages and then answer them? I don't think that he does. I believe that there are ministering angels who have the authority to answer prayers and intervene in our lives and then report back. If I'm way off on this, then maybe you could shed a little more light on this subject.

To which we replied:

I once had an experience I'll relate to you; perhaps it will shed some light on your question.

When I was 18 years old I was in a horrific car wreck. A friend and I were on our way to a Young Adults conference, and we encountered a drunk driver on the Interstate. Five cars, high speeds, and we were caught in the middle of the whole thing. The entire car was compacted to about half of its original size, and the only non-smashed places in the automobile were the two small spots where my passenger and I were sitting. But this isn't a story about a miraculous survival -- though I do happen to think it was miraculous.

While my car was being totalled, I was completely aware of everything going on around me. It was as though all time came to a stop, and I was for an instant able to comprehend all things. I heard and saw the glass of the windows shattering around me, and for a brief moment I was aware of the individual pieces of glass -- tens of thousands of them -- and I knew where they all were, and where they were falling. I could sense the metal crumpling, and I knew how the car was absorbing the energy of the impact. I was aware of how everything was being destroyed. But all those pieces of glass! For that moment, I knew every one of them, all at once, and all individually, and was completely aware of what they were doing.

Less than five seconds later, it was all over...but for that moment, I had this incredible experience of what it's actually like to comprehend all things. Astonishingly, nobody was seriously hurt. Neither my friend nor I were wearing seatbelts (and this was in the 70s -- pre-air-bag days) so I was pretty bruised, and she had a concussion and spent the night hospitalized for observation, but all the dozen or so people in the wreck essentially walked away from it. It was bizarre.

So, to answer your question: Do I think God utilizes angels in a reporting system? There's no doctrinal reason why He wouldn't. Does Christ command us to pray to the Father? Yes, He does. And is God capable of hearing all of our individual prayers. I know He is. I know He is aware of everything that goes on in the Universe. All at once, all simultaneously, all in its own language. And not just individual human beings. Monkeys. Rocks. Blades of grass. And shattering glass. It all acts in obedience to God; it all "returns and reports." There's not anything that God doesn't comprehend -- and I mean "comprehend" in all of its definitions.