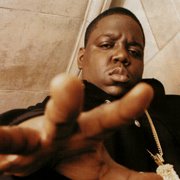 Now when the Practical Mormon's surly teenaged (pardon the redundancy) offspring need an excuse for failing to clean their rooms, they've got a good line.
at 9:02 AM No comments: