Insider's View of Mormon Origins is a Stupid Book 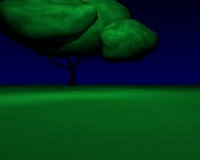 A few examples of the wit and wisdom of Insider's View:
Then comes 260+ pages of nattering on, in the most obtuse way, about things well understood, long understood, by every Saint with an IQ over 89. Nothing new. Nothing that hasn't been asked -- and answered -- a hundred times by a hundred different intelligent scholars. Nothing more than a yawn-inducing rant about how some of the pictures we show in Junior Sunday School contain historical inaccuracies. My oh my!

Then comes the topper. After doing everything possible to destroy the faith of new and prospective Latter-day Saints (without even touching on the vastly more numerous faith-killers that must needs be swallowed by mainstream Christianity), Brother Palmer has the audicity to write:
If Brother Palmer had been a faithful Saint, his book would have covered the same material, and suggested ways of reconciling apparent discrepencies.

It's clear, though, that his primary motivation was to create a generation of Mormons who stop embarrassing him with their faith.

Dude. You've already left the church spiritually and intellectually. Cut the strings! You certainly don't wanna be surrounded by folks whom you consider your intellectual inferiors. So buh-bye already!

Addendum (20 Mar 2006): Just ran across this excellent review by Louis Midgley, which makes many of the same points with much more finesse.