The Bluffer's Guide to Being a Religious Intellectual 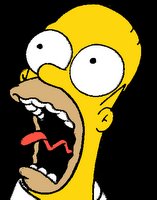 Annoy your bishop! Scare your spouse! Startle your Gospel-Doctrine classmates! Intimidate fundamentalists! Get love from the Bloggernacle! You too can be a religious intellectual!

Anyone can do it! Just pick a couple of words from the following list, and use them in your response to any question of theology.

The key words and phrases are: Oh, your mother will be so proud!